Learn more about the rector in this interview from our Laymen’s Ministry.

Since 2012, the Reverend Robert Jemonde Taylor serves as the eleventh rector of Saint Ambrose Episcopal Church. He grew up in Saint Matthias’ Episcopal Church, Louisburg, NC. Father Taylor nurtures a season of liturgical renewal at Saint Ambrose with an emphasis on African American and African culture through Ethiopian Orthodox icons as Stations of the Cross, icons and kneelers of African American Episcopal saints, Episcopal service music based on African American Spirituals, and a Jazz Mass. Father Taylor recently led Saint Ambrose through a three-year capital campaign raising twice the church’s annual budget while maintaining strong stewardship, with building upgrades emphasizing environmentalism through rain gardens and rainwater cisterns installations, restroom and water renovations using 80% less water, and low-e glass protecting the stained-glass windows to reduce heat transmission. Father Taylor is active in the community through his membership as chair of Raleigh’s Stormwater Management Advisory Commission (SMAC), Duke Cancer Institute Community Advisory Council, PBS TV Black Issues Forum Advisor, and founder and strategy team member of ONE Wake, a community organizing power group. He is active in the Episcopal Diocese of North Carolina as past president of the Standing Committee, member of Diocesan Council, co-chair for the Nominating Committee to elect the XII Bishop Diocesan, Discipline Board, Chartered Committee on History and Archives, and chair of Finance, Business Affairs, and Administration. He is active in the larger Church as board member and treasurer for the Gathering of Leaders, the Episcopal Seminary of the Southwest board of trustee member, consultant for the Office of Black Ministries, the Episcopal Church Foundation Congregational Leadership Initiative (CLI) faculty, and a contributor to Sermons that Work. Taylor’s work throughout the Anglican Communion includes the Compass Rose Society (U.K.), ministry in the Episcopal/Anglican Province of Alexandria (Egypt), and the Anglican Church of Kenya. Father Taylor is working on a documentary film on Race, Church, and Theological Practices funded by a $400,000 grant from the Henry Luce Foundation.

His recent seminars and lectures include: Divine Revelation as Endarkenment; Wrapped in Whiteousness: Worship, Liturgy, and Race; The Darkness Sings: The Church’s Unfinished Symphony with Race; and Baptized in Dirty Water: The Theology of Hip-Hop. Father Taylor studies the spirituality and history of the Ethiopian Orthodox Church, including leading pilgrimages to Ethiopia.

He received the School of Theology Award for Service from the University of the South: Sewanee and the Lilly Endowment Clergy Renewal Sabbatical Grant. He led the congregation in receiving the City of Raleigh Stormwater Community Award, the Rev. Thomas Dropper Memorial Green Congregation Award, Diocese of NC, and The Episcopal Church’s Creation Care Grant for a three phase project: an environmental justice podcast; a labyrinth; and a therapeutic garden to address the community’s emotional and mental wellness. Root and Vine Magazine featured the church’s environmental efforts. Father Taylor’s media presence includes interviews with Episcopal News Services (ENS), NBC International, ABC, CBS, and PBS.

Prior to arriving at Saint Ambrose, Father Taylor served Saint Michael and All Angels Episcopal Church, Dallas, TX as a part of the Lilly Foundation’s Transition into Ministry Fellowship. In addition to his responsibilities at Saint Michael, his ministry encompassed Jubilee Park, a mostly Spanish speaking neighborhood, and Saint Philip’s School and Community Center, a historically African American Episcopal elementary school.
Father Taylor holds a B.S. in Mechanical Engineering from North Carolina State University and an M.S. in Mechanical Engineering with a concentration in robotics and vehicle design from Stanford University. He worked as an automotive performance and design engineer for Michelin Tire Company before entering seminary. He earned his M.Div. from the General Theological Seminary of the Episcopal Church in New York City in 2009.

He is married to Kierson Leigh Taylor, and they are the proud parents of two children. 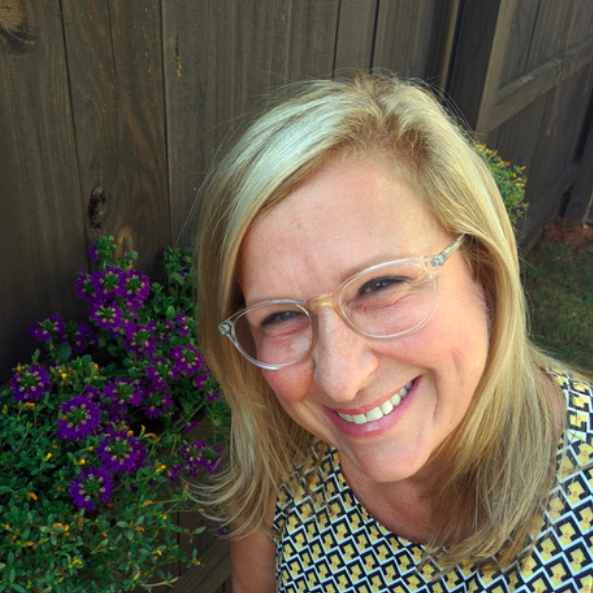 Susan Steel, originally from England, has lived in the USA for 32 years and now resides in Holly Springs, NC, with her husband, Martin. They have two children, Jack aged 30, and Alice, aged 28. Susan has worked and volunteered in the Episcopal Church for the past 20 years as a Treasurer, Bookkeeper, and Stewardship Coordinator. Susan and Martin are currently active members of Trinity Episcopal Church in Fuquay Varina, NC. 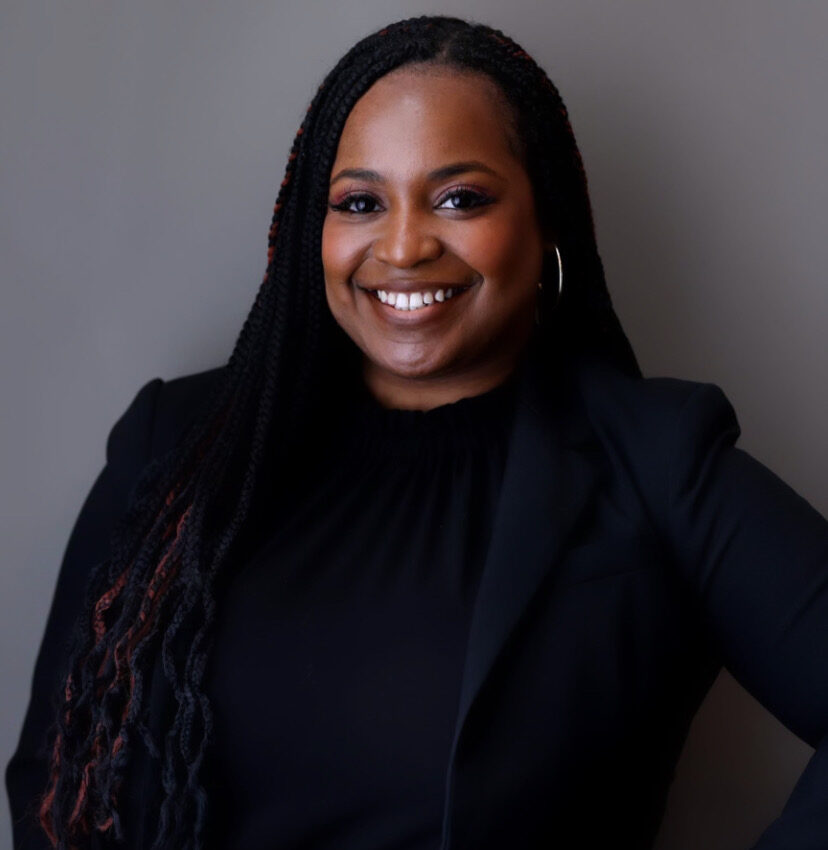 Jessica Alexander was born and raised in Reidsville, North Carolina before moving to Raleigh in 2017. She obtained her Bachelor of Science in Journalism and Mass Communications from North Carolina Agricultural and Technical State University. Derived from her passion in community work, she received a post-baccalaureate certificate in Nonprofit Management from University of North Carolina Greensboro (UNCG). She is currently pursuing a Master of Public Affairs, also from UNCG. Jessica currently serves as Media Communications Specialist for Urban Ministries of Wake County and has prior communications experience with state and local governments. In her spare time, Jessica can be found enjoying fellowship with family and friends, trying new restaurants as a foodie, and completing freelance communications and grant writing projects through her company, Alexander Envisions, LLC. 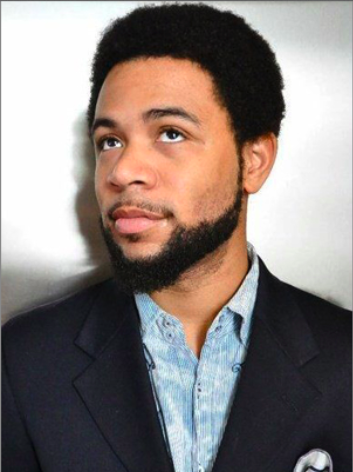 An organist, musician, vocalist, performer, composer, and educator. The Chapel Hill native grew up at historic St. Paul African Methodist Episcopal Church, Carrboro. This church had a close relationship with Chapel of the Cross Episcopal Church, Chapel Hill during his formative years. He began playing the piano at age four and was active in music ministry at St. Paul. Christian attended the Durham School of the Arts studying saxophone, piano, voice, and African percussion. He received the honor of “Best Musician” in his graduating class. He entered and graduated from the prestigious Berklee College of Music in Boston, MA. He has been the Director of Music at historic Mount Zion in olde Georgetown Washington, DC, First Congregational Church, Plympton, MA, St. Joseph’s CME Church, Chapel Hill, NC, and other congregations. In addition to his music leadership in congregations, Christian teaches adults and children piano and vocal lessons around the Triangle, including those is assisted living facilities.

Donielle has been playing bass for 11 years and has a bachelor’s degree from North Carolina Central University in Music with a concentration in Jazz Studies. She has played in venues from New Orleans to Chicago to New York and has had the pleasure of playing with musicians such as Jeff “Tain” Watts, Charles McPherson, Vincent Gardner, Branford Marsalis, Joey Calderazzo, Frank Lacy, Robert Trowers, Clifton Anderson, and many more. Ginnae teaches at the John Coltrane Jazz Workshop as the faculty bass instructor/combo instructor each summer and currently plays in various venues around the Triangle and Triad. 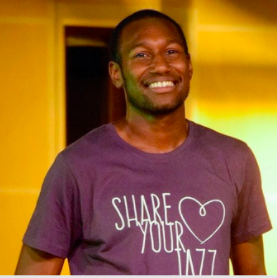 Originally from Washington DC, Brandon Mitchell is an active drummer and vibraphonist  in the North Carolina music scene. He has a B.A. in music performance from Elon University and M.M. in jazz studies from North Carolina Central University.

As the owner of Small House Entertainment, he has collaborated with different artists and toured internationally fin Italy including performances at Teatro Piccolo in Milan, the Jazzit festival, and sets in front of Florence’s Duomo on Notte Bianca.